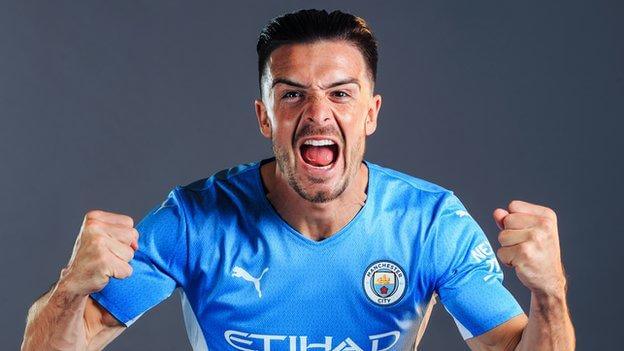 The Premier League returns this weekend just one month after the final of Euro 2020 and clubs have been hard at work to bring in new players to strengthen their squads.

With the headline transfer of Lionel Messi from Barcelona to Paris Saint Germain going through earlier this week, we take a look at some of the biggest signings to happen in the summer transfer window for Premier League clubs.

Jack Grealish was one of the stars of England’s Euro 2020 campaign. The likeable midfielder may have not be given the pitch time he or the fans would have liked throughout the tournament, but he made an impression and put in some excellent performances as many expected him to do on the pitch.

2020/21 Premier League champions Manchester City expressed their intentions to strengthen their squad with their main targets being Aston Villa’s Jack Grealish and Tottenham’s Harry Kane. Their pursuit of Kane is still ongoing but Grealish was slightly easier to convince to put pen to paper given the release clause in his contract. The Citizens were able to sign Grealish for a fee of £100m from Villa which set a new record as the most expensive Premier League transfer ever. Grealish made his senior debut for Aston Villa in 2014 and has made 213 appearances for his boyhood club, scoring 32 goals in the process. He’ll add creativity to City’s squad and join a host of other world-class players at the Etihad.

21-year-old Sancho was also part out Southgate’s squad heading into Euro 2020 but only managed a matter of minutes on the pitch. However, his talent has not gone unnoticed by Ole Gunnar Solskjaer and United who were able to sign the midfielder from Borussia Dortmund for a fee of £73 – the seventh most expensive signing in Premier League history.

Sancho will surely improve the United side which has been somewhat lacking in creativity going forward. He’s considered one of the most exciting and promising young players in football and despite only being 21 years old, he has experience under his belt having made 104 appearances for Bundesliga club Borussia Dortmund, playing in the Champions League and scoring a total of 28 goals for the club.

Sancho is set to make his debut appearance in a United shirt in their opening fixture of the season against Leeds at Old Trafford on Saturday.

Although Lukaku’s move to Chelsea from Serie A club Inter Milan is not officially confirmed, it looks as though he is set to be a Blues player in the coming days. Just a day after Chelsea lifted the Super Cup after beating La Liga side Villarreal on penalities on Wednesday, Lukaku landed in London to put pen to paper to return to the club he was with between 2011 & 2014.

Lukaku originally signed for Chelsea on a 5-year contract back in 2011 for a reported fee of around £10m. However, he only played 10 matches in a Blues shirt and spent most of his time in the reserve team. He was eventually loaned out to West Brom where he spent a season before Everton took him on loan before securing a permanent transfer of the Belgian in 2014 where he would remain for 3 seasons.

Lukaku has vast experience in the Premier League having also spent 2 years at Manchester United before moving to the Serie A to play for Inter Milan. He’s been a proven goalscorer wherever he’s been and will no doubt be a great asset for Chelsea in the coming season.

Following their failed attempt to retain their Premier League title last season, Liverpool got to work early in adding to their relatively thin squad with the excellent signing of Ibrahima Konate from Bundesliga side RB Leipzig for a fee of around £36m.

With the absence of Virgil van Dijk for much of last season due to injury being partly to blame for Liverpool’s failed title push, Klopp was seeking to give his squad a boost in this department and the France Under-21 defender may be just what they need.

The 22-year-old centre-back made 66 appearances for RB Leipzig since joining the club in 2017 and is considered a promising young talent having played for his national side since the age of 15.

After a somewhat disappointing league campaign last season which saw Spurs finish in 7th place and outside of a European spot, new manager Nuno Espírito Santo is hoping to improve his squad starting with the signing of centre-back Cristian Romero from Serie A club Atalanta.

The 23-year old signed a five-year contract with Spurs in August for a fee of around £42 where he’ll meet former Atalanta team-mate, Pierluigi Gollini.

Nuno Santo is looking to bring in one more defender before the summer transfer window closes in replacement of Toby Alderweireld who departed the club last month. He’ll also be eager to retain the duties of England number 9 Harry Kane and block his potential move to Premier League champions Manchester City who are eager to sign last seasons Golden Boot winner.