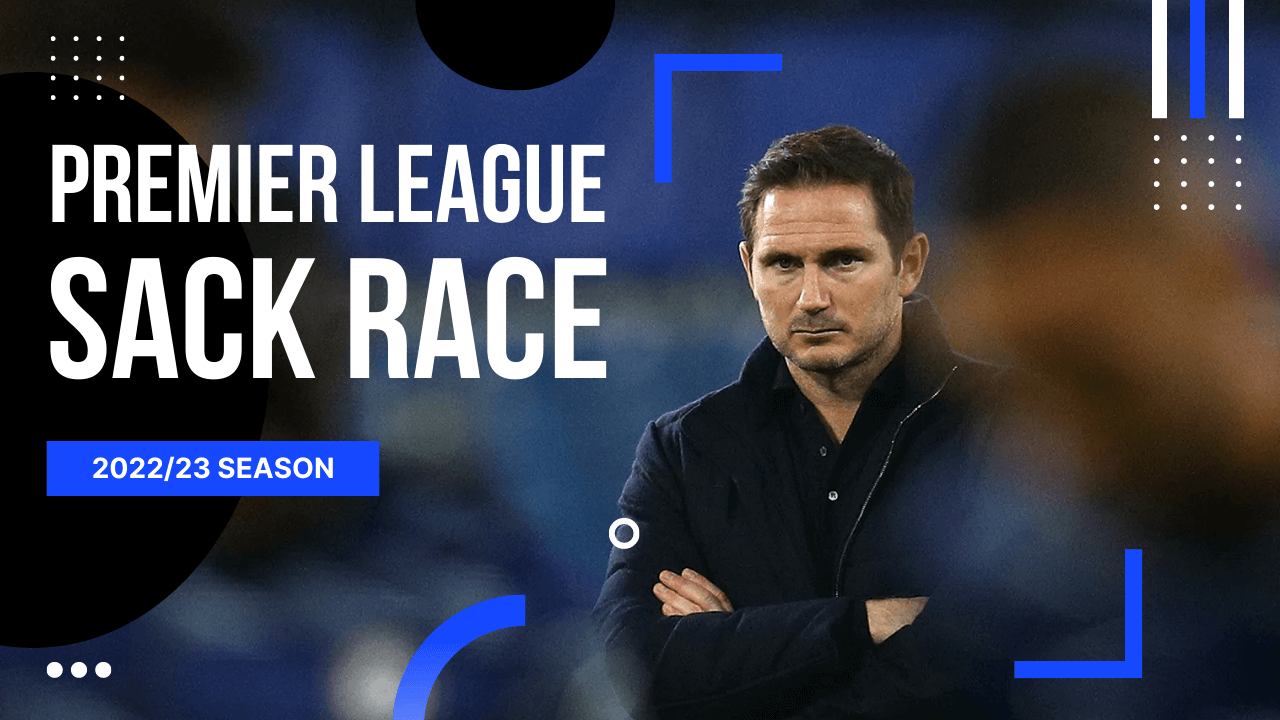 The new football season hasn’t even begun yet but some online betting sites are already taking bets on the next Premier League manager to be sacked. It’s an interesting betting market that has attracted the attention of many footy punters over the years and one that you can put some research into when determining the most likely gaffa to leave their post first.

Nine of the Premier Leagues twenty clubs saw a change in management last season with there being 13 managers replaced from August through to May and 3 further ones at the end of the season.

Watford, who were relegated from the top-flight last season, saw three managers take the reigns at Vicarage Road whereas Manchester United replaced Ole Gunner Solskjaer with Michael Carrick who passed the baton to Ralf Rangnick who was finally replaced with Erik ten Hag at the end of the season.

With an astronomical amount of money involved in England’s top league and high expectations of several clubs, there is sure to be several managers under pressure after the first set of fixtures and we’re going to look at which ones are the bookies favourites to get the sack first.

Below are the pre-season odds for the first Premier League manager to leave their post either via sacking, mutual agreement or other.

Frank Lampard To Be Sacked At Everton – 5/1

Everton got caught up in an unexpected relegation battle last season and only managed to beat the drop thanks to an extremely poor run of results from Burnley and Leeds, finishing just four points above the relegation zone.

A season of a similar standard won’t be tolerated this time around and so it’s no surprise to see manager Frank Lampard as the bookies favourite to get the boot first.

For Lampard, it’s essential that his side start strongly but there is concern at Goodison Park given that they have let one of their star players, Richarlison, leave to join Spurs. Richarlison was a key component in the Toffee’s staying up last season, scoring 10 goals throughout his 30 league games played. Their transfer activity this summer has been on the quiet side and so they’ll need to find improvement from their existing players if they are to avoid another battle at the bottom of the league. It’s no surprise to see Lampard as favourite with most bookies to be the first manager to get the chop.

Ralph Hasenhuttl To Be Sacked At Southampton – 11/2

Southampton finished last season in 15th place but just five points from relegation. They’ve struggled to replace Danny Ings since the forward left for Aston Villa but have brought in several young players in the transfer window, two of which are from Manchester City’s Under 23 squad.

Pressure will be on Ralph Hasenhuttl to get the most from his new players and improve on their somewhat disappointing season last term. Similar to Everton, they’ve never consistently been a team that are considered at risk of relegation and so it’s vital that they start the new season strongly. Should they not, Hasenhuttl could be the first to go.

Jesse Marsch To Be Sacked At Leeds – 8/1

American coach Jesse Marsch took over from ex-Leeds boss Marcelo Bielsa at the beginning of March 2022. It was a risk for the club appointing a manager with no Premier League experience, or in fact, with no experience in English football, especially given that Leeds were just two points above the drop zone when he arrived.

Marsch has had a mixed run of results with his side and although he did what he was asked by helping his club avoid the drop, they left it until the final game of the season to ensure safety.

Leeds’ first season back in the top-flight was an impressive one under Bielsa. They took on every team they were up against, finishing the 2020/21 season in 9th place and scoring an impressive 62 goals. Playing such attacking football, they were always going to concede but when the goals dried up last season, unfortunately their defensive woes didn’t go away. That resulted in just 42 goals being scored and 79 conceded with only bottom-of-the-table Norwich letting in more throughout the course of the season.

Things need to improve at Elland Road but with both Raphinha and Kalvin Phillips leaving this summer, the odds are against Marsch in lasting the season.

Brendan Rodgers To Be Sacked At Leicester – 10/1

Leicester finished eighth in the league last season but never looked like a team that was confidently challenging for a place in Europe. After winning the league as huge outsiders in 2015/16, expectations have been high at the King Power stadium and consecutive 5th-placed finishes in 2020 & 2021 set them up well heading into last season. However, some key injuries and lack of consistency meant that the Foxes finished a distant 17 points adrift of 5th-placed Arsenal, a position that will not likely be accepted for a second season running.

Leicester have failed to make use of the summer transfer window, brining in not one single player other than midfielder Dennis Paret who returns after a loan spell at Serie A side Torino. They’re certainly not guaranteed a top-half finish this term and the pressure will be on Brendan Rodgers should they not start well.

For two seasons between 2018 & 2020, Wolves finished a very respectable 7th in the league but their 2020/21 campaign saw them drop to 13th and last season, 10th. They’ve never been the most prolific of scorers but only 4 teams bagged fewer goals than the Wanders last season and 5 the season prior. They ended last season without a win in their last seven matches and although they’ve brought in RB Leipzig centre-forward Hee-chan Hwang and Burnley centre-back Nathan Collins, those two will need to slot in quickly to get their clubs campaign off to a good start and relieve the pressure from manager Bruno Lage.

Fulham topped the Championship table last season with 90 points and scoring an impressive 106 goals to book their place back in the top-flight. However, the Premier League is a whole different class and it remains to be seen how the London club will cope this time around.

Marco Silva does have Premier League experience having been in charge of both Watford and Everton in recent years. However, both stints at those clubs didn’t end well with Silva being dismissed from Vicarage Road after a run in which his side picked up just 5 points from 30 and getting the sack from Everton after 60 games in charge, leaving the club 18th in the league following a 5-2 defeat in the Merseyside Derby to Liverpool.