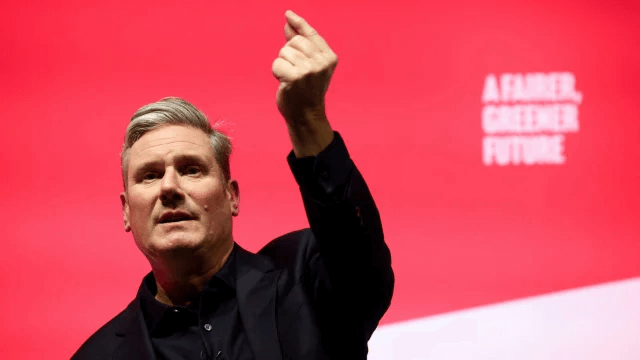 Back in the mists of time, before the wretched pandemic and the invasion of Ukraine, Boris Johnson led the Conservatives to a landslide victory in the 2019 General Election. The Tories won 43.6% of the vote, the highest percentage for any party since 1979, and made a net gain of 48 seats. After a relatively short-lived and eventful time in office, Johnson was forced out of office in the summer and he now occupies the hinterland of the back benches with his replacement, Liz Truss, appointed Prime Minister just five short weeks ago.

The next General Election is due to take place in late 2024 or early 2025 at the latest and current polls indicate that the voting public is moving away from the Tories in droves, giving Labour party leader, Sir Keir Starmer, a real chance to form the first Labour administration since 2010. In the betting markets, odds are shortening that Labour will win the most seats at the next General Election, with BetVictor offering odds as short as 1/3.

The mini budget, announced by Chancellor Kwasi Kwarteng, on 23 September has been the primary catalyst for the steep drop in the popularity of the Conservatives. Labour were 8% ahead of the Tories in the polls at the point Truss was formally appointed as Prime Minister in September and this lead increased slightly to 11% in the following three weeks. Following Kwasi Kwarteng’s mini budget – a £161 billion dash for growth based on tax cuts – Labour’s lead extended to a whopping 22% by the end of September and this lead is continuing to grow.

Financial markets and major financial institutions have not been reassured by the recent U-turn on the proposed axing of the 45% tax rate, not by the vague assurance from Liz Truss that the enormous hole in the public finances – as a result of tax cuts and the projected £60 billion cost of the energy support package – will be met in the “medium term” whilst promising no cuts in public services. Many of the 356 Conservative MP’s remain desperately worried about the future of the party as interest rates rise, sterling suffers, the property market is in turmoil and pension funds struggle to gain more support from the Bank of England. The reputational damage to the party of the mini budget is enormous, enhancing the perception that the Conservatives are a party that advances the interests of the rich at the expense of the poor.

At the last General Election, the Conservatives made significant gains, winning many seats in areas seen as Labour strongholds, the so-called “Red Wall” being demolished. Labour currently holds 198 seats with the Scottish National Party having 44 seats in Scotland (where Labour holds only 1 seat and the Conservatives a measly 6).

UK on-line politics magazine, politics.co.uk, has recently reviewed all recent polls and factored in projected changes in constituency boundaries to estimate how the country would vote, were an election to be held this autumn. Its conclusions, published at the end of September, are that Labour could win an outright majority of 54 in the House of Commons with a projected 375 seats. Conservatives would be swept from power and up to 11 current Conservative cabinet members would lose their seats.