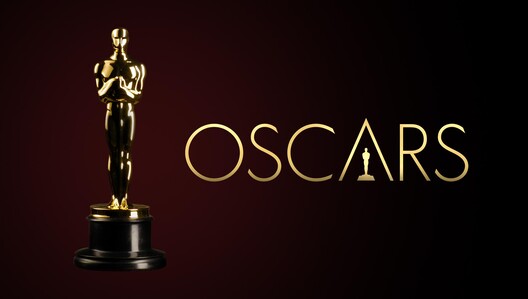 The 94th Academy Awards will take place on 27 March.  Last year, the ceremony was held at Union Station in Los Angeles but this time round the event returns to its normal location at the Dolby Theatre and you can expect a high octane event with glamorous film stars dressed to the nines as they shimmy down the red carpet.

There has been an active betting market for the Oscars for some time and the release of the  nominations earlier this week has stimulated further interest among punters.  The most important six categories are Best Picture, Best Actor, Best Actress, Best Supporting Actor, Best Supporting Actress and Best Director.   Jane Campion’s film The Power of the Dog is front runner across 12 categories including Best Director, Best Picture, Best Actor (Benedict Cumberbatch), Best Supporting Actor (Kodi Smit-McPhee) and Best Supporting Actress (Kirsten Dunst).  Dune is also a strong contender with 10 nominations.  Belfast and West Side Story have seven each.  British film fans will have plenty to cheer on the night with nominations for Sir Kenneth Branagh, Benedict Cumberbatch, Ciaran Hinds, Dame Judy Dench, Olivia Coleman and Andrew Garfield.

How To Bet On The Oscars

Everything that you need to bet on The Oscars is provided in this guide.

The first step is to create an account with one of the bookmakers listed below that take bets on the winners of each category. By doing so, you’ll also be able to claim any Free Bets and other promotions that they offer to new customers.  You may want to chose the bookie with the highest odds on a category so you maximise your payout.  Opening an account is straightforward – just visit the bookie’s site and register.

Once you have an account, simply decide what bets you’d like to place. The odds will change as the Awards Ceremony approaches so you may want to place your bets now as, if your top picks are shared by other punters, the odds will quickly shorten.

Most of the well-known bookmakers take bets on the six main categories of the Oscars.  We list below the best bookies for you to consider. We’re showing you the bookmakers which enjoy a high reputation, offer good Sign Up Offers and promotions,  competitive odds and speedy withdrawals

The Best Picture category is the blue riband of the event and nominees include intense western The Power of the Dog, favourite to win with odds of 8/13 from Bet365 and Branagh’s autobiographical film Belfast with odds of 5/2 from Paddy Power. Steven Spielberg’s remake of West Side Story is also a firm contender and Betfair offer best odds of 15/2 that the famous American director’s film will win the gold statuette.  Licorice Pizza, the story of first love set in San Fernando Valley during the early 1970s, is an outside chance with odds of 12/1 from Bet365.  Dune, the epic science fiction film directed and co-written by Denis Villeneuve, is on offer at similar odds of 16/1 from the same bookie.  The remaining nominations are on offer with the bookies at even longer odds.

Although King Richard was not nominated for the Best Picture award, Will Smith’s portrayal of Richard Williams, father of legendary tennis stars Serena and Venus Williams, makes the American actor a shoo-in for the Best Actor category.  Will Smith is favourite to win with odds of 8/15 from Paddy Power. The Power of the Dog is the first film by legendary Director Jane Campion after a hiatus of 12 years.  The chilling story of a domineering rancher’s response to his brother bringing home a new wife and her son features Benedict Cumberbatch in the lead role and it is no surprise that his compelling performance puts him in the mix for the Best Actor award, with odds of 4/1 from Bet365.  The odds for Andrew Garfield, whose portrayal of an aspiring composer in Tick, Tick…Boom! has attracted critical acclaim, have drifted in recent weeks.  Betfair offers odds of 6/1 that Garfield will win the Oscar.  Denzel Washington‘s performance in the lead role of The Tragedy of Macbeth has attracted critical acclaim and led to his 10th Oscar nomination, but the American star remains an outsider for the Oscar with odds of 33/1 from Paddy Power.   Javier Bardem is 40/1 from William Hill for his role in Being the Ricardos, but we don’t think he will mind too much – there is a lot of kudos in just being nominated and Bardem must be delighted that his wife, Penelope Cruz, is a nominee for Best Actress.  What a power couple!

Olivia Colman has enjoyed the admiring recognition of the voting members of the Academy of Motion Picture Arts and Sciences, winning the 2019 Best Actress award for her portrayal of Queen Anne in The Favourite and then winning Best Supporting Actress award last year for her role in The Father.  The British actress is now in the running for the Best Actress award for her role in The Lost Daughter, with odds of 5/1 from Coral that she will pick up a third Oscar.  She plays a professor whose unsettling past returns to the fore during her holiday in Italy.

However, Olivia Colman faces two major film stars whose compelling performances place them above her in the betting. Nicole Kidman’s transformation into Hollywood icon, Lucille Ball, in the film Being the Ricardos will undoubtedly appeal to Academy voters and the Australian would love a further Best Actress award to join the one she won back in 2002 for her portrayal of Virginia Woolf in The Hours.  Kidman is front runner to win the Oscar with odds of 11/8 from SkyBet.  Kristen Stewart has an empty shelf to fill and this year she is second favourite to take home the Best Actress statuette in February for her role as Princess Diana in Spencer with odds of 7/4 from Paddy Power.  Spencer only grossed $16 million and the Screen Actors Guild (SAG) Awards have shunned her passionate performance in their nominations but Stewart remains in strong contention.   Jessica Chastain‘s mesmerising performance in The Eyes of Tammy Faye, another biopic that underperformed at the box office, has earned her a nomination but she is considered unlikely to win.  Penelope Cruz, starring in Pedro Almodovar’s latest film Parallel Mothers (Madres Paralelas), is also an outside chance.

Best Supporting Actor is a fiercely competitive category, crammed with outstanding veterans and newcomers alike.  Kodi Smit-McFee is not yet well-known but the 25-year old Aussie actor almost stole the show from Benedict Cumberbatch in The Power of the Dog with his mesmeric performance.  Smit-McFee, who has said he is “”deeply honoured” to be nominated, is favourite to win the Best Supporting Actor award with odds of 1/2 from SkyBet.   Troy Kotsur is the first deaf actor to be nominated for an Oscar and his ground-breaking performance in CODA – a coming-of-age film about a child of deaf adults – is thought to be strongly favoured by the Academy voters with odds of 10/3 from Betfair making him second favourite.  Ciaran Hinds, who stars in Belfast, is also a leading contender with odds of 5/1 from Paddy Power and many British fans will be hoping that he, together with Judi Dench who played Hind’s wife in the film, can deliver a perfect double on 27 March.  Jesse Plemons is considered an outside chance for his performance in The Power of the Dog.  Plemons is dating Kirsen Dunst,  who is co-starred with him in the western and who is nominated in the Best Supporting Actress category.  The fifth nominee is veteran JK Simmons, for his role in Being the Ricardos, whom the bookies consider an outside chance for the award.

The Best Supporting Actress category is similarly bursting with talent and Ariana DeBose is the favourite to win with odds of 1/3 from Betfair.  The 31-year old American plays Anita in West Side Story and her incredible performance deserves the recognition of her peers at the Academy.  Kirsten Dunst, too, is a possible winner with a self-assured quiet performance as mother of Kodi Smit-McFee’s character in The Power of the Dog. Paddy Power offers odds of 5/2 that Dunst will leave the Academy Awards with a gold statuette in her hand.  Aunjanue Ellis matched Wil Smith in the high quality of her performance in King Richard but her chances of winning are thought to be pretty slim at this stage, with odds of 7/1 from Betfair.  Jessie Buckley is also an outsider for her role in Maggie Gyllenhaal’s film The Lost Daughter.  British hopes are pinned on Dame Judi Dench who tapped her Irish roots to deliver a stunning performance in Belfast.  Dame Judi has been nominated eight times and won Best Supporting Actress back in 1998 for her role as Queen Elizabeth I in Shakespeare in Love.  At 87 years of age, Dame Judi is the oldest ever actress to be nominated in the category.  But the odds are against her in an extremely competitive category and she languishes at the bottom of the betting, with odds of 40/1.

The Best Director category is dominated by veteran directors showcasing impressive new films.  Dame Jane Campion is hot favourite to win the award with The Power of the Dog with bookie Bet365 offering odds of 1/7.  The New Zealand director, producer and screenwriter won an Oscar way back in the early 1990’s for The Piano but failed to win the Best Director award at that time.  Is 2022 going to be her year?   Fans of Sir Kenneth Branagh will be delighted to see best odds of 7/1 from bookie William Hill; his new film “Belfast” is deservedly a lead contender for the Best Picture award and may be considered far more innovative than West Side Story for example.  The semi-autobiographical film is based on a young boy’s life in the tumultuous and sectarian environment of Belfast in the 1960s.  Sir Kenneth is the first person to be nominated in seven different Oscar categories during his career – director, actor, supporting actor, adapted screenplay and live action short nominations, and now best original screenplay and best picture for Belfast. He is yet to win, however.  Steven Spielberg provides fierce competition for his direction of West Side Story, and odds of 10/1, also from William Hill, place him a close third in the running.  Paul Thomas Anderson (Licorice Pizza) and Ryusuke Hamaguchi (Drive My Car) are outside chances at this stage.